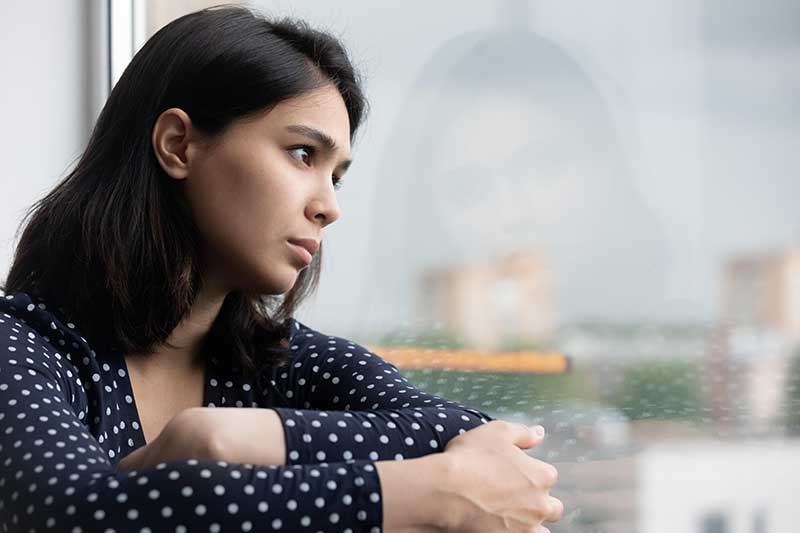 National foreigners who are victims of assault or domestic cruelty can apply for asylum based on domestic violence in the United States if they demonstrate certain circumstances.

If you are looking for info on the asylum process in the USA, do not hesitate to contact our New Jersey immigration lawyers at Curbelo Law. With us, you will be in excellent hands to request this immigration relief.

Can I Apply For Asylum based on Domestic Violence In The United States In 2023?

National foreigners may qualify for political asylum if they show that they have been or fear persecution in their country of origin by their government, by individuals or by a group of their government. As a result, they must prove one of the following 5 grounds for persecution:

Despite the fact that there are a large number of applicants who claim to have the right to asylum for domestic violence in the United States, the reality is different.

The Citizenship and Immigration Services (USCIS) and the Board of Immigration Appeals (BIA) have repeatedly clarified that being a victim of domestic violence does not belong to a social group. This can be seen in the Matter of R-A-.

Eligibility for Asylum based on domestic violence

In summary, victims of domestic violence may be eligible for asylum but under very limited circumstances. Therefore, you can apply for asylum if:

If you are a victim of domestic violence in the US, you may be able to apply for one of the forms of relief available. Check our articles: “ What is a U visa” and “VAWA visa” for more information.

According to more recent cases, the US government appears to be reconsidering the position of the former government executive regarding asylum based on domestic violence. For example:

Recommendation For Cases Of Domestic Violence

These cases show that both the BIA and the Immigration Court are beginning to look at domestic violence cases in a different way. Therefore, they begin to recognize that victims of domestic violence are often members of a social group.

For these reasons, it is critical that victims of domestic violence are represented by a good immigration attorney who can present the best possible case.

Our attorney Carolina T. Curbelo has extensive knowledge in matters related to domestic violence. Therefore, do not hesitate to contact us if you are facing this difficult situation.

Asylum And Related Protections Against Deportation

Asylum seekers have to prove persecution based on a well-founded fear. However, if you are not eligible for asylum by law (for example, if it is due to specific criminal activity) you can generally apply for a stay of deportation.

If you are facing a removal order, you may be eligible for cancellation of removal. You may also be interested in reading our blog on how to find out if I have a deportation order.

How Does The United States Government Define A Particular Social Group?

A particular social group is defined as an immutable characteristic. This means that it is a characteristic that the asylum seeker cannot change or it is so fundamental to their identity that they should not be required to change it.

Generally, the use of a category other than “particular social group” excludes a large number of individuals who cannot demonstrate a reason separate from their prescribed gender role within a relationship, in the home, or in society at large.

Why Is Gender Not A Protected Ground For Immigrant Asylum Seekers?

US asylum laws are based on the International Refugee Convention, which was drafted in 1951.

This law does not have a gender category, but in the early 2000s, the United Nations indicated that gender should be included within the “social group” instead of creating a sixth category.

Example On The Category “Gender” For An Asylum matter

The Tahirih Justice Center and other advocates have commented that gender should be a protected ground for political asylum. So, let’s take for example the following case:

Typically, in a state of desperation, some individuals check off another protected ground such as religion or race, which complicates their adjudication process.

Check our section on LGBTQ+ immigration lawyer in New Jersey for more accurate information on this group.

Domestic Violence As A Cause For Persecution

Although “domestic violence” does not have a legal definition, this and related terms are often understood as:

Common examples of this violence include:

Women And Belonging To A Social Group

Women are often more likely than men to be victims of domestic violence.

Eligibility To Qualify For A Social Group

Qualifying for a social group can be complex and requires a good definition for the social group.

In the case of asylum based on domestic violence, this could mean the inability of women to leave the domestic relationship they have. In addition, they must describe in detail the specific obstacles that would prevent you from leaving. This includes:

Therefore, in terms of asylum, applicants could be defined as “married women who cannot abandon their domestic relationship” and not as “women who are victims of domestic violence”.

Does The United States Provide Assistance To Asylum Seekers?

Generally, an asylum officer working for USCIS must ask all individuals at the border if they are seeking asylum. However, this is not always the case, so applicants can be detained by immigration.

This is usually the asylum process that most immigrants have to go through when they are detained at the border. Furthermore, many of the asylum seekers cannot afford a lawyer, which makes the process more complex.

Why Do Victims Of Domestic Violence Have A Chance To Get Asylum Again?

During the Donald Trump administration, women fleeing domestic violence were removed from one of the qualifying categories in 2018. While this decision was reversed, it may not be permanent.

How Did The Failure Of The Decision Increase The Chances Of Asylum For Victims Of Domestic Violence?

The measure announced by the US Attorney General is based on President Joe Biden’s decision to create a more humane immigration system.

How Can We Help You In Your Domestic Violence Asylum Scenario In The United States?

As we have seen, being eligible for asylum based on domestic violence in the United States can be difficult to prove. In addition, it must also be proven who abused the victim and if they did it for one of the 5 reasons already explained.

Violence against women specially, sadly, are cases that are not fully covered by the law due to how it is written. However, our attorney will fight hard to help you with your immigration status.

Call us today so we can figure out the best solution for you in the United States.

Where can I pay an immigration bond