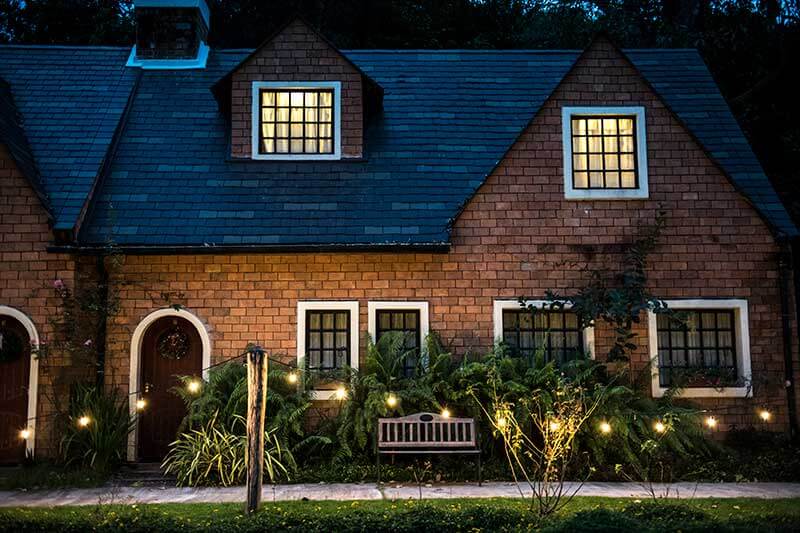 In this article we will show you the different types of houses and architectural styles that you will find in New Jersey nowadays.

Our NJ real estate attorney Carolina T. Curbelo has over 10 years of experience in all types of real estate transactions in Garden State, so we can help you through the arduous process of buying a home in New Jersey. Contact us by phone, email, or by booking an appointment at our Ridgewood or Newark offices.

New Jersey stands out for having almost all house architectural styles known in the United States, an achievement that very few states can boast. In the following list we will show you some of the most popular styles in the state:

Ranch-style homes are among the most popular in the US and can be found in almost every state. Its popularity dates back to after World War II, where thanks to the G.I. Bill law, Americans got energy, jobs, and lower mortgages.

They were usually on one floor, although easily expandable. Today, this style has evolved into 2 subsets of houses: bilevel and trilevel.

It originated in Europe as part of the picturesque movement and was inspired by the Italian villas of northern Italy.

The first Italianate homes in the US were built in the late 1830s, and the style was popularized throughout America in 1840 with the architectural pattern books of Alexander Jackson Davis. It was an alternative to Greek Revival and Gothic styles, but was superseded in popularity in the late 1870s by the Queen Anne style. Like everything vintage, it’s back in style.

Queen Anne style homes are known for their symmetrical shape, deep porches, textured siding, and corner towers. These houses are usually very large, with two or more floors. Although beautiful and romantic, they can require a large investment to maintain so they are not typically a desired style for first-time New Jersey homebuyers.

Notable examples of this architecture in New Jersey are:

Many of these dwellings tend to be around 140 or 150 years old, due to the fact that they date back to the end of the 19th century. With old electrical and plumbing systems, Queen Anne properties often require maintenance and home improvements.

We invite you to enter our article dedicated to home inspection in New Jersey for further information on this topic.

Cottage homes are inspired by ancient architectural styles, although most were built in recent times. They are rare types of houses in New Jersey, so their sale price is usually high. They are divided into 2 groups:

Both styles of cabins use logs both inside and out, and for the most part, they can have one floor above and one below.

Country houses, or farmhouses are often located on land occupied by farmers. They are usually symmetrical dwellings with common rooms downstairs and bedrooms upstairs.

For centuries, unassuming farmhouses had minimal ornamentation, but over time, their designs borrowed from Victorian and Colonial styles, including wraparound porches and tall windows.

The types of houses in New Jersey of Victorian style stand out for the details and decorations. They arise in 1800 during the reign of Queen Victoria, hence the name. Their popularity increased with the growth of the middle class.

Greek Revival was the dominant style of local architecture between the 1830s and 1850s. Builders’ Guides by Asher Benjamin and Minard Lafever made this style available for imitation. Mahlon Fisher was one of the most notable builders in New Jersey, allowing the development of this type of house.

The design of the Bank of the United States in Philadelphia (1818) was inspired by Greek architecture and by 1830, the style spread throughout New Jersey.

It is also known as the “American Craftsman” style and was adopted in the US by Gustav Stickley. The Arts and Crafts Movement prevailed between 1910 and 1925.

This became the dominant style in local American construction between 1700 and 1776. Georgian architecture grew out of Italian Renaissance ideas popularized in England by the architect Sir Christopher Wren.

This architecture gets its name from the succession of English kings named George beginning in 1715. In the US, this style included several variations on an English theme, being a symmetrical two-story house with a front entrance facade.

Today, many of the Georgian houses are associated with prominent citizens, indicating that the upper class in New Jersey could build these types of houses.

Contemporary houses are homes that do not go out of style, they always keep their style, function and adapt very well to the passage of time. They often have two floors that make good use of space, providing adequate comfort.

Also known as “Townhouses”, these are houses that are built directly next to each other. These houses became popular due to the high rate of immigration to the US in the early 19th century.

These townhouses generally have 3 or 4 levels and are usually around 20 feet wide. Currently they are still relevant in the Garden State and can be seen around the Passaic, Hudson and Delaware rivers.

Inspired by Mediterranean homes, this style became popular and spread in the United States from southern California between 1920 and 1930.

The Mediterranean style should not be confused with the Greek Revival, although they do resemble each other.

This pejorative term is a slang that comes from recent years to denote houses with a combination of classic styles developed in the US. They are usually new houses built larger than the previous ones to accommodate a modern family.

The kitchen of these homes is spacious and with amenities, the floor plan is usually open and with fewer walls. The bedrooms are large and the master bedroom is designed as a suite with spacious bathrooms and walk-in closets.

The McMansions style is widespread throughout Northern New Jersey.

Without an officially defined name, these types of houses in New Jersey are notable for their cube shape with squares on the walls and originate between 1890 and 1930.

It was a predilect style of the US middle class as it was cheaper to build than its Victorian predecessor.

Named after the Massachusetts coast, this style nods to English settlers who first built small-size, clapboard-walled homes in the area. Its popularity grew in the 1950s, where owners added a full floor and additional trim.

It is a two level house and is designed to have the main living area of ​​the home on the upper level, the family room on the ground floor next to the garage, and sometimes a basement. This style of architecture can be found throughout northern New Jersey.

This is one of the most popular styles throughout the US. Deriving from British architecture, it typically features 2 or 3 stories, fireplaces, dormers, brick or wood facades, and a center door.

The colonial style has several subsets influenced by settlers from other countries, such as the Dutch, French, Spanish, Renaissance or Neoclassical colonial style.

This type of house originated during the Tudor dynasty. It is known as “American Tudor” or “Tudor Revival” and can be found in northern New Jersey.

The Tudor style can range from small cottages in Bloomfield, to grand mansions in Montclair, Essex Fells, and South Orange.

Does Geography Influence The Types Of Houses In New Jersey?

The geographic composition of New Jersey influences the architectural styles of the houses because the state has river valleys, rolling fields, coastal areas, mountain ranges, pine forests and urban centers.

The houses reflect the place where they are located. For example, this is the case with cabins in the mountains and Mediterranean-style homes near the coast.

New Jersey’s history also plays a critical role in the design of homes. One example is the Victorian brownstones built for industrial magnates around Hamilton Park.

American colonial architecture was influenced by wealthy New Jersey settlers in the 17th century. These residents built homes in the colonial style.

Due to the fortune generated by the industrial revolution and the reign of Queen Victoria in England, the Victorian houses, cottages and mansions built in the early 1800’s captured an elegance and sophistication in the area.

After 1930, ranch-style homes became popular in New Jersey neighborhoods due to the efficiency and comfort they offered.

Looking For Your Ideal Type Of Home In New Jersey?

Whether you are buying or selling a house in New Jersey, knowing the different types of house styles in New Jersey will help you get a good result. It is very important to contact a real estate professional who knows the sector like our attorney Carolina T. Curbelo.

Whatever type of home you’re looking for in New Jersey, don’t hesitate to contact our team of real estate professionals. With over 10 years of experience we have helped hundreds of clients achieve their dream home in Garden State.

Shared Investments for immigrants in the U. S.

Selling a house in New Jersey