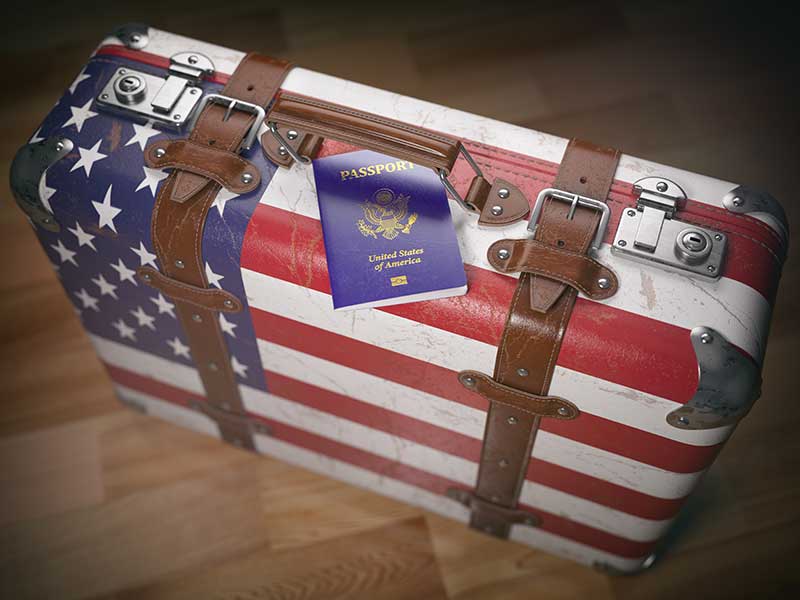 How can I really find out Iif I have a deportation order in the United States? In this article we will see the answer to this question that we are asked so often.

The biggest fear for any alienin the US is being deported. If you think you have a deportation order, don’t hesitate to contact us. The immigration lawyers in New Jersey at Curbelo Law are specialists in these matters.

One way to find out if you have a deportation order in the United States is by contacting the Immigration Court. Generally, immigrants can carry out a FOIA and request their immigration records in the country.

FOIA is the abbreviation for Freedom of Information Act. This law allows all individuals in the US to access their federal information.

Apart from the above, aliens also have two options to follow:

If They Have Been Through Immigration Court

If the aliens have gone through the immigration court, they can find out if they have a deportation order after following the steps below:

If They Have Not Been Through Immigration Court

Without an interaction with USCIS or an immigration court, it is not easy for a national foreigner to discover their status without the help of an attorney. Our attorney, Carolina T. Curbelo, has more than 10 years of experience dealing with these immigration matters. Therefore, don’t hesitate to call us, time is crucial in these cases.

If an alien receives a Form I-862, Notice to Appear (NTA), they may be at risk of being deported from the country. Aliens who usually receive this form are often those who:

How long can you stay in the US on a tourist visa? In our website we have written a blog focused on explaining this scenario in detail.

Aliens who receive a Form I-860, Notice and Order of Expedited Removal, may have resided in the US for more than 14 days and have not been apprehended at the border.

National foreigners in this situation will not be given an appointment in immigration court and will be immediately deported from the country.

Reinstatement Of A Deportation Order

Aliens who re-enter the US without permission after being deported will receive Form I-871, Notice of Intent to Reinstate Prior Order.

This form can also arrive if the government knows that the immigrant left once ordered and returned to the country without authorization.

An alien may be able to receive a Form I-205, order of removal, if they were detained at the border and told they could not enter the US for 5 years. This form is also submitted when the following events for aliens are held:

For What Reason Can I Receive A Deportation Order?

There are several reasons why an alien can be deported from the United States, such reasons involve the violation of American laws. For example:

The Immigration and Customs Enforcement Service (ICE) is in charge of processing all deportation orders in the country. As a result of an analysis, ICE is in charge of deporting all immigrants who have broken the laws or are a danger to society.

If you are thinking of traveling to this country, we invite you to learn about the requirements to legally enter the United States. It is important that you comply with all of these requirements to avoid being considered illegal or undocumented.

What Does It Mean To Be In Removal Proceedings?

Being in removal proceedings means that the US Department of Homeland Security (DHS) believes that an alien is not authorized to remain in the country. This may be due to charges against you for violating US law.

Generally, aliens who have been detained by immigration can be paroled on bond. If you or a loved one is going through this circumstance, you may be interested in knowing where to pay an immigration bond.

What To Do If I Have To Leave The United States?

Some aliens usually leave the deportation center with an order of departure from the US within a certain time. This means that they have signed an order of voluntary departure.

It is very important for aliens to remember what their rights are under these circumstances. They have the right to the following:

Although these are the rights available to aliens, it is important that under these scenarios, no false information is provided. Lying or falsifying information is considered a very serious offense.

Can I Be Deported If My US Citizen Children Depend On Me As Their Provider?

Aliens who have US citizen children may be subject to removal proceedings. However, several options will be available to you. Typically, these aliens may be eligible for a cancellation of removal.

How Does The U Visa Change Immigration Cases During Removal Proceedings?

These cases can be more complex as removal proceedings for aliens detained in the US move quickly.

The U visa may be the last or only option for some aliens in deportation proceedings, but this type of US visa does not necessarily prevent deportation.

You can find more information regarding this visa in our article: What is a U visa?

If I Marry An American Citizen, Can I Annul The Deportation Order?

If an alien marries a US citizen, it will not automatically nullify the deportation order. However, there is a greater chance of filing a family petition or reopening the case in immigration court.

Will you have the marriage interview soon and you don’t know what kind of questions they may ask you? Do not be alarmed, in our blog we have an article where we analyze the possible marriage-based Green Card interview questions.

How Does A Deportation Process Work In The United States?

There are two types of removal proceedings in the US, those that must be filed with the immigration court and those that do not. Aliens who travel to the country without travel documents or with falsified documents can be deported immediately.

However, an immigrant can avoid being deported through immigration relief such as Temporary Protected Status (TPS).

In addition to this, there are certain elements to be aware of regarding the function of a removal process in the US. We will explain these in more detail below:

Aliens can be a threat to border security if:

The priorities for a deportation are all those threats to public, national or border security.

Federal immigration agents are governed through the “exercise of prosecutorial discretion.” This means that by law, government officials can have broad discretion in determining who can be arrested or deported.

There are factors that mitigate the priority of deportation, these are:

The US government recognizes the sacrifices that the military makes in the service of the country. For this reason, it offers exclusive programs such as Military Parole in Place.

These aggravating factors can be:

DHS has warned that it continues to remove aliens under Title 42 of the Center for Disease Control (CDC).

Often, national foreigners who are in the US seek to legalize in the country. Check our article “How can an illegal immigrant become legal in the US” to learn about your options for staying in the country legally.

While there were approximately 11.5+ million undocumented or deportable aliens in the US in 2022, there are no resources to arrest or remove all of them. Because of this, it must be determined who prioritizes this immigration enforcement.

The priority focuses on individuals who have committed crimes or pose a threat to the national or public security of the country.

8# It Is Not The Only Reason

The simple fact of being undocumented does not make the national foreigner deportable from the country. Therefore, it should not be the only reason for an enforcement action against them.

To the greatest extent possible, DHS reviews criminal, administrative, and other investigative information to learn all the facts and circumstances of the immigrants’ conduct.

Likewise, the decision of the federal agents respects the rights and civil liberty of aliens. This means that race, gender, religion, nationality and sexual orientation will never be factors that influence the decision made.

When DHS exercises its discretion, it is guided by the fact that most undocumented aliens who could be removed from the country have been contributors to the American community for years.

This includes the undocumented who have been on the front lines of the battle against COVID-19, the individuals who have taught American children, and the workers who toil in the fields to help mass food deliveries.

Can I Apply For A Work Permit If I Have A Deportation Order?

Not all individuals qualify for a work permit in the United States. This is because the alien, being in removal proceedings, needs to submit an application to present their defense case against removal.

Most aliens seek to find a job in the US while being illegal, but this has serious consequences. We invite you to read our article on the subject.

How Can The Law Firm Of Curbelo Law Help You?

This blog was focused on answering the question: How to find out if I have a deportation order in the United States? As you have been able to verify, there are several methods to find out, but nobody better than a good immigration lawyer to guide you.

At Curbelo Law, we have years of experience dealing with these issues, so we fully understand where you stand. Through a private consultation, we can help you with any type of immigration matter.

The way for you to contact the firm is by calling, emailing, or scheduling an appointment at our office located in Ridgewood, New Jersey.