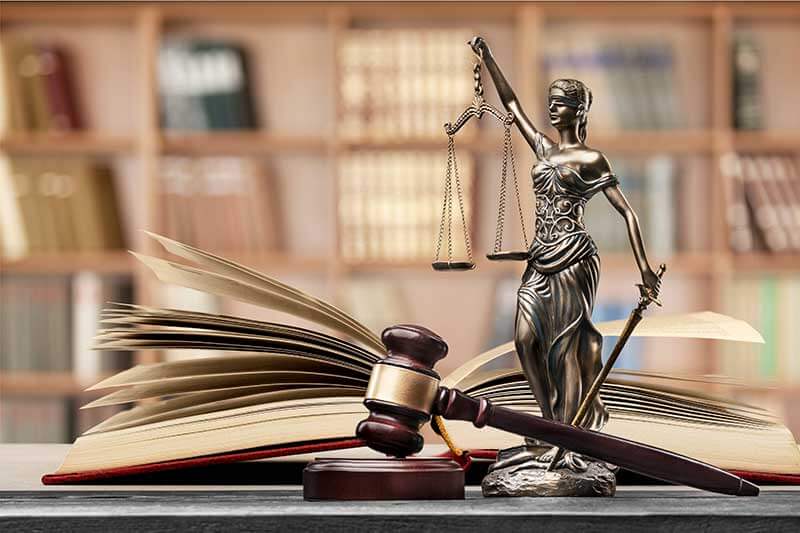 Many people wonder what a master calendar hearing is and that is why we are going to give you the answer along with other key elements that you should know about.

If you are waiting for your first hearing, do not be alarmed or think that it is the end of your stay in the US. Aliens have the help of the immigration lawyers in New Jersey at Curbelo Law. Call us immediately, as time is critical in these processes.

A master calendar hearing is the first hearing an alien has in an immigration court in the United States. This hearing marks the usual beginning of efforts to remove an immigrant from the country.

It is recommended that the immigrant arrive on time for this hearing, dress appropriately, and be respectful at all times.

The national foreigner can bring their relatives to the master calendar hearing if they wish. However, it will be up to the immigration court to decide whether the family members can enter the courtroom or must wait outside.

Foreigners often do not know if they are in deportation proceedings. To understand this, we invite you to enter our article: How do I know if I have a deportation order from the United States?

Who Is Present At A Master Calendar Hearing?

At the first hearing, the following individuals must be present:

What Does The Immigration Judge Decide At The Master Calendar Hearing?

The vast majority of aliens worry that by going to the master calendar hearing, the judges will remove them from the US. However, at this hearing the judge does not make any final decision regarding your deportation.

In this hearing, the judge only makes sure that the aliens are aware of the existing charges against them and the guidelines to follow to respond to these charges.

How To Prepare For The Master Calendar Hearing?

It is very important to prepare for a preliminary immigration hearing (a master calendar hearing). Therefore, please review the following elements to take into account:

1# Work With An Immigration Lawyer

The best thing a national foreigner can do in these cases is to work with an immigration attorney. An attorney will give you the best chance to fight removal from the US.

Typically, immigrants’ cases depend on their criminal and immigration records. For this reason, the following factors should be taken into account:

Aliens who attend the master calendar hearing must gather all the documents or records related to their criminal and immigration records.

Immigration laws often intersect with criminal laws and when this occurs, it is known as “Crimmigration”.

The charges against the national foreigner are found in the document “ notice to appear”. The alien must review it carefully to find out if the allegations shown are correct.

Sometimes immigration officers can be wrong. Therefore, if an error is detected, it may be possible to stop the deportation.

On our blog, we have an article called “Stay of deportation”. This request in some cases can help aliens to delay their deportation. To know this topic well, we invite you to read this publication.

It is very important to double check the time and address to the immigration court. National foreigners should arrive early to ensure they have enough time to pass through security before the scheduled time.

Although relatives from abroad can accompany you to your court, it is usually best not to bring the children. If a child is disruptive in court, the immigration judge may order the child removed from the courtroom.

National foreigners must attend the preliminary hearing dressed in a professional or appropriate manner. It is recommended that you treat this matter as if it were a job interview.

As we have explained previously, the master calendar courts have 2 objectives to fulfill:

Next, we will explain in detail the steps that are carried out in a master calendar hearing:

1# Entrance To The Courtroom

Although there are several rooms in court, the foreign court notice will tell you the number of the room to go to.

2# Wait For The Immigration Judge To Summon Your Number

At these hearings, there may be a large number of immigrants waiting for the immigration judge to call them. The courts identify each alien by a number.

Then, when it is the individual’s turn, the judge or designated court clerk will summon you through your respective number and ask you to come to the front of the room.

3# Confirmation Of Name And Address

Usually among the first actions by an immigration judge is to confirm the name and current address of the alien.

Immigration judges are very interested in knowing the current address of aliens to ensure that they will not miss any hearings in the future.

If a national foreigner loses a court hearing, they will automatically receive a deportation order.

4# Reading Of The Available Rights

The immigration judge will read the immigrant their available rights. These are:

To learn more about appeals, check our blog on how to appeal an immigration decision.

5# Review Of The Charges Against You

The law requires the immigration judge to read all charges against the alien. These charges are the legal grounds for which the US government wants you deported.

6# Decide What Type Of Immigration Relief You Are Seeking

After evaluating the charges listed in the notice to appear, the immigration judge determines if the immigrant is eligible for any type of immigration relief. Among the most common types of relief are:

Among the applications for asylum, there is asylum based on domestic violence. To delve into this topic, you can find its proper publication on our blog.

In early immigration court, the immigration judge usually asks aliens who do not have an attorney if they would like time to get one.

Once the immigration judge has made a decision regarding the immigrant’s qualifying form of relief, the judge will schedule the dates for the submission of additional evidence.

What Happens If I Go To The Master Calendar Hearing Without A Lawyer?

Often, it can be difficult to find a good immigration lawyer to represent a national foreigner. Therefore, sometimes you need:

Aliens who attend their second hearing without a lawyer should be prepared to explain to the judge why they do not have one. Usually, the following should be explained to the judge:

If the judge considers that there are good reasons, they may grant the foreigner more time and schedule another appointment for a new hearing.

On the other hand, the judge can continue with his case and ask the aliens to answer the charges against them, even if they do not have an immigration attorney.

What Happens If I Do Not Attend The Master Calendar Hearing?

Failure to attend a hearing will result in the alien receiving a deportation order in absentia. Therefore, this is the reason why you should always attend court.

Are you undocumented and would like to be legal in the US? You may be able to do it. Read our article on how can an illegal immigrant become legal in the US for further information.

Am I At Risk Of Being Deported At The Master Calendar Hearing?

Another of the great concerns of immigrants is that they believe that by attending the master calendar hearing they will be arrested and deported. As a result of this fear, many times they simply decide not to attend court.

We emphasize that in master calendar hearing courts, only the cause for which the US government wants to deport the immigrant is known. Additionally, it is also where you get the opportunity to respond to the charges filed.

How Long Does A Master Calendar Hearing Take?

Preliminary hearings are usually short. Typically, these hearings take between 5 and 20 minutes in front of an immigration judge. However, you should keep in mind that:

What Is The Difference Between A Master Calendar hearing And An Individual Hearing?

You already know what a master calendar hearing is and perhaps you have also heard about an individual hearing.

If an alien is applying for asylum in the US, there are certain elements to consider when addressing this issue at the master calendar hearing. Beforehand, it is recommended that you have an immigration attorney represent you.

Now that we have seen what a master calendar hearing is, it is essential that you find an immigration lawyer to help you. At Curbelo Law, we have the lawyer Carolina Curbelo, an expert in these cases.

If you received a notice to appear at an immigration master calendar hearing, call us today so we can begin looking into your matter and determine the strongest possible legal defense.

The new process for Venezuelans